World War 3: Team Yankee seeks to recreate the what-if scenarios of a potential Cold War gone Hot! Offering a large toolbox of models and rules at the familiar 1/100 scale, Battlefront's WW3 setting offers something for everyone in how they choose to approach the tabletop wargame scene. With such a wide offering of nations and models to choose from, you may find yourself feeling a bit confused as to where to even start. Let’s take a look at that!
The WW III Complete Starter Set is a great way to get started. Retailing for US $60, the box contains a large number of vehicles that will help you learn the vast majority of the game's rules, while also being an excellent starting point for either a US or Soviet force. 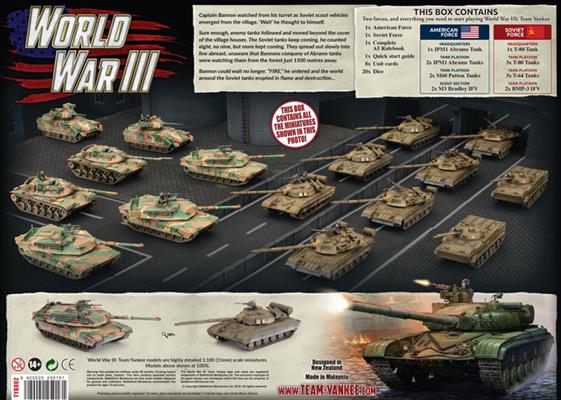 Back of the box and its contents, image from Battlefront Minitaures

Frankly, this is an impressive amount of plastic for the price of the box.

The models themselves are the usual fantastic plastic molding that Battlefront has been offering with their vehicles in recent years. Though the included instructions are not as useful as they could have been, this issue has been remedied with the assembly guides they have up on their website. Some things to keep in mind though, the box has the M1 marketed as the IPM1 with the 105mm cannon, while the kits themselves can also be built either as the basic M1 with lower armour, or the M1A1 with better armour and the 120mm cannon. The latter is my suggested approach as you will definitely wish for the hitting power of the larger caliber against Soviet T-80s. Further, on the Soviet side, some of the pieces on the T-64 can be a little finicky to build as it is an earlier kit and thus not as well keyed as the T-80 is. A little patience will see you through just fine! 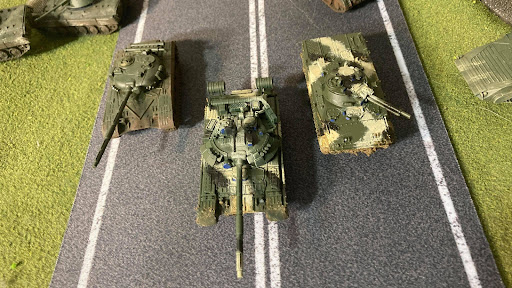 The Soviet side has the clear numerical advantage. This reflects Warsaw Pact military doctrine of the time - amass as much force as possible to achieve 2:1 or higher relative force for a breakthrough. As is typical of the time, NATO forces in this set must rely on their better training and skill to win the day. 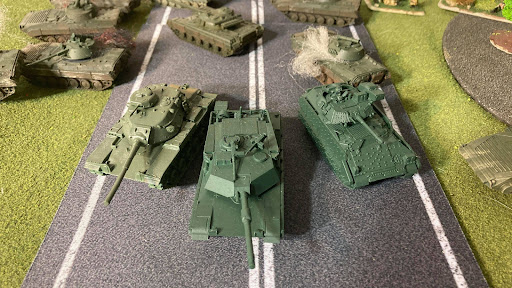 But regardless of the clear Soviet advantage, this is a well balanced box, giving you all the options you would want in order to begin exploring all the Team Yankee setting has to offer. From sophisticated, high powered tank cannons, to light and fast IFV’s and even some older second rate equipment brought up to a modern (for the 1980s) standard. So put on some classic rock, grab your cola of choice, and consider this set as your best first step to diving into the Cold War Gone Hot! Purchase it here from Tistaminis and save 5% with code LFG5 WW3: Complete Starter Set If you would like to see a short video unboxing with a bit more in depth comment on the building of each kits, then please check it out here! Box images courtesy of Battlefront Miniatures.Jacob Lack of Foresight Gaming