Everyone gets to be a part of Warhammer 40,000 history this weekend, as the Leagues of Votann make their triumphant return to the galaxy. The Leagues of Votann Army Set promises a brand-new faction (well, not entirely brand new), a host of new miniatures, and a box full of goodies. Arriving on the battlefields of the 41st Millennium with a chunky army set featuring everything you need to get started with this formidable new range. 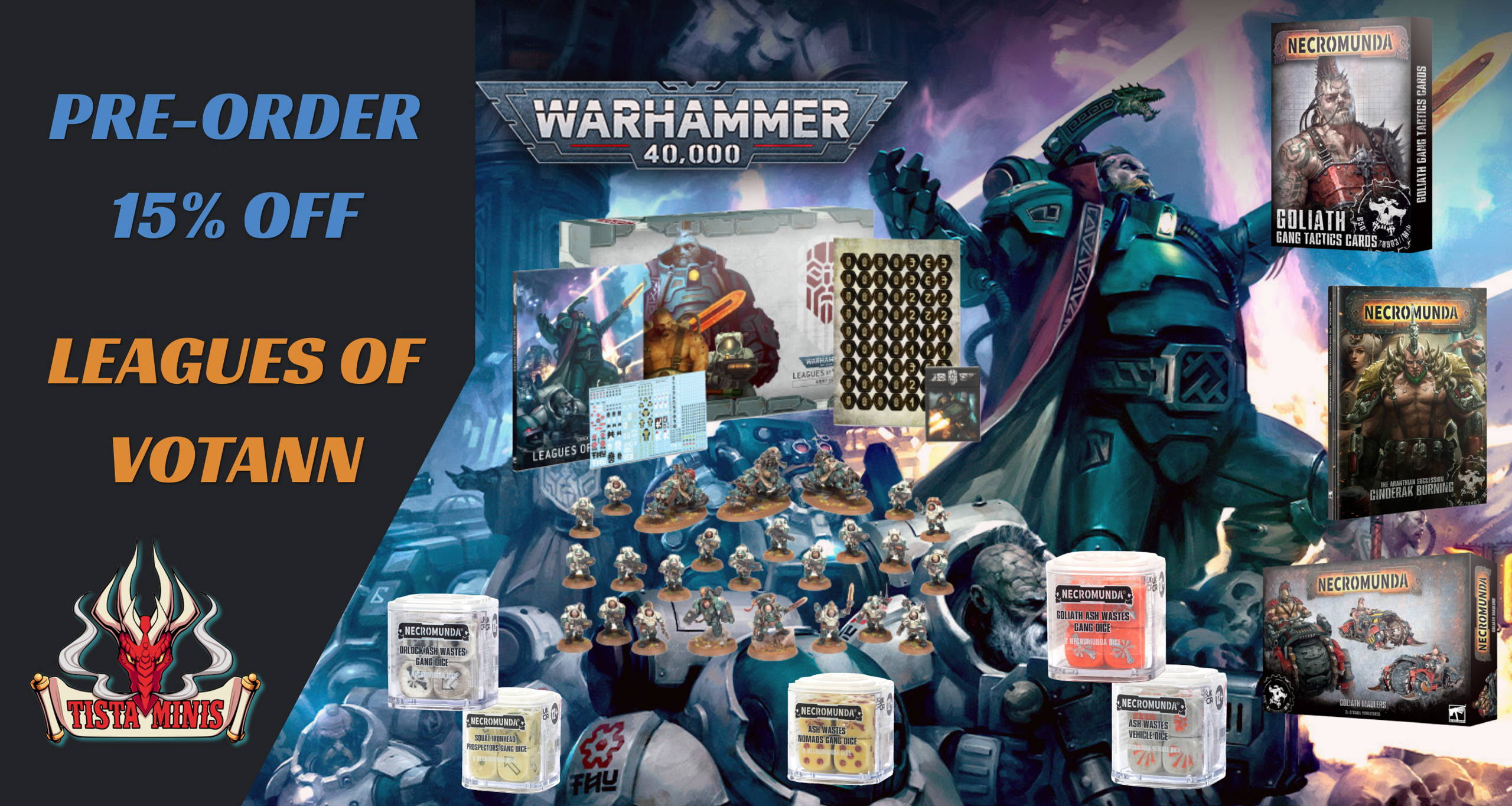 Like the other species and empires of the 41st Millennium, the Kin are divided into many different subfactions – known as the Leagues. Each has its own take on Kin culture, but five in particular stand out as the largest and most influential.

The Leagues of Votann is the name of the polities of the Imperial-sanctioned Abhumans who refer to themselves as the "Kin" and are sometimes pejoratively called "Squats" by baseline Humans. The Leagues of Votann are on their way, and everyone’s excited to find out how these doughty space-farers fit into the vast setting of Warhammer 40,000. The Leagues have a long, storied history of independent strongholds, bound together by the Votann – but just what is a Votann, anyway?

A secretive people in a galaxy full of mortal threats, the Kin do not discuss the nature of the Votann with outsiders – by sacred custom and sensible caution. The word is used freely enough, but no-one beyond the Leagues has any clue what it refers to. There’s good reason for this – if the secrets of the Votann were ever revealed to the galaxy at large, the uneasy peace between the Leagues and the Imperium of Man would quickly crumble. 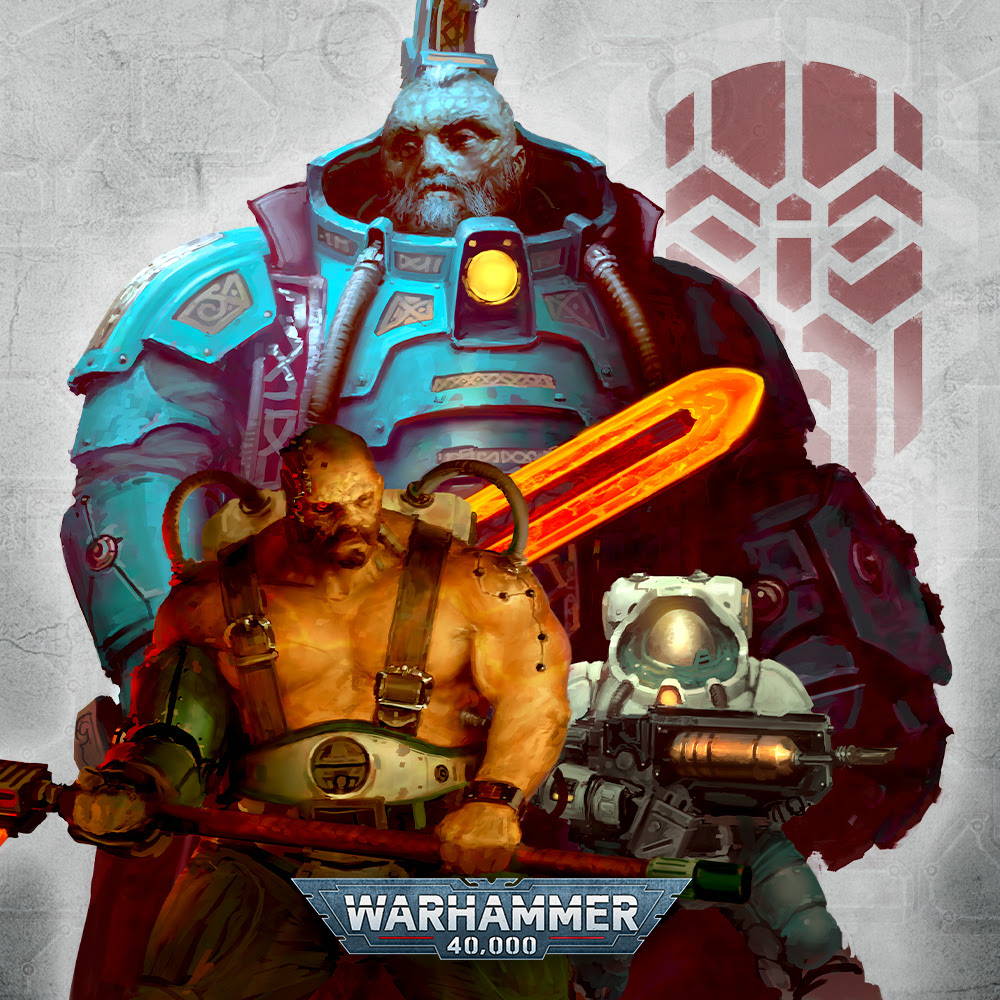 You’ll be able to familiarize yourself with their whole armoury in Codex: Leagues of Votann, which is included in the upcoming League of Votann Army Set. It even comes with a special cover, as a neat bonus for being one of the first to swear oaths of allegiance to the Leagues.

1 x Ûthar the Destined, a named character who can also be assembled and fielded as a Kâhl

There are a few more bits, too: transfer sheets, datacards, a punchboard of tokens, as well as the new faction’s codex. 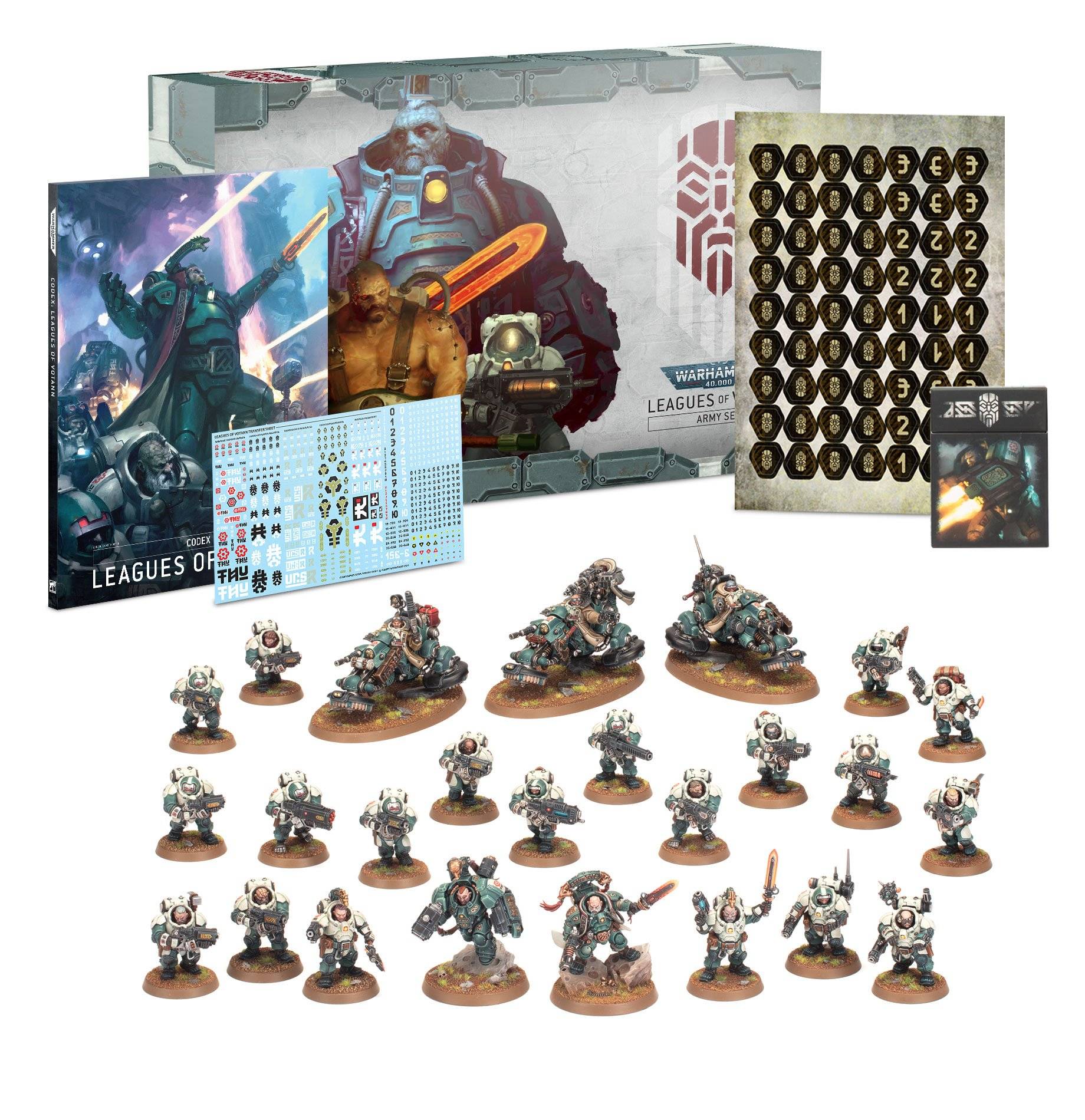